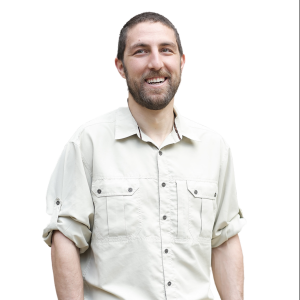 The Power of Fear

The Power of Fear

When we were young, we had no limits. We were curious; we were hungry, interested, motivated and unwavering. As we grew up, we were given more responsibility, more rules, and more controls. When this happened, the power of fear was engaged. As a kid in most cases, you are fearless; you have nothing to lose because the power of fear has not been developed.

I can remember one of the first times I was told not to do something. I was jumping on the tramp and realized I could do flips. I was excited, so I practiced them every time I got on the tramp. But then I thought maybe I could be like a gymnast and flip onto the grass and execute a perfect dismount?  I proceeded to practice my flips onto the lawn. When my parents came out they told me I couldn’t do flips onto the grass anymore because there was a possibility of getting hurt. But it didn’t even occur to me that I could get hurt doing such a thing.

The fear set in and I started to worry about the outcome of each flip. The mental battle going on in my head began to restrict me from doing what I knew I could do already. The power of fear started to seep into other things. Worrying about if I was going to get hurt doing specific activities, becoming more cerebral and less spontaneous and exploratory. This progression was not immediate, because I still did a lot of risky activities as a kid. But the seed was planted.

It grew slowly, and over time it developed into other things. Stopping myself from talking to people out of fear of rejection worrying about what others would think. Being ready to do what I was told because why question it? The power of fear restricted me, and as all of us go through life, we continue to be bombarded with things to do and not do. It is assumed that you are not supposed to talk to certain people in your company because maybe you have a lower level job. Or you may have been told to color inside the lines, and you are doing a fantastic job if you stay within them.

Think about that for a second. Color within the lines. It shows you can follow direction, and you can do what you’re told. But what happens when you need something fixed or a problem solved that is not within the lines? You have been trained to fear the inked border. I know subconsciously we all hesitate in some instances because of the programming we received as little ones.

But the power of fear is telling us all something. It is not something you would most likely expect either, yet it is straightforward to understand.

We are constantly bombarded by what people want us to do, and which lines to stay within. But who are these people, your parents, coworkers, friends, teachers, classmates, or your uncle Bob who just came into town? Most of these types of people in society have been told one direction. Grow up, go to school, get a job the end.

What I mean by this is, if you wanted to start a business and you had all these types of people in your life you will get a different answer from every one of them. But you need to evaluate the background of these people before putting the response into action. Have they been successful in business if so how successful? Have they ever tried?

Recall my trampoline experience. I realized that my parents never tried something like that and they just weren’t fully understanding what I was trying to accomplish. In this case, instead of helping me with the problem they shut it down entirely and told me all the reasons why I shouldn’t. But they had never tried or attempted such a feat, so there was a knowledge gap as well.

Consider the source, and this goes for everything, someone tells you going into business is a bad idea. Realize where your sources are coming from. Another person tells you, “you won’t be able to do an Ironman this year.” Realize they are most likely projecting their fear and lack of motivation on to you.

2. What is your knowledge of understanding

How much does a person know about the situation you are presenting them with? Let’s say you want to start a business, you have a really good idea, and no one is filling the gap for that market. You are uneasy at this point, unsure of what to do, the power of fear is setting in and stopping you from moving forward.

You go to your friend who has no business experience, and they ask you well what’s wrong with your job? Now you are thinking yeah what is wrong with my job? I have a lot to consider about giving up my job. But I know I can make a difference, but maybe success is not for me. Stop right there, what does your friend or anyone else you get advice from, know about the current situation?

If it turns out your friend is very familiar with starting and growing business the conversation will begin much differently. They may ask you the hard questions but in turn, give you advice and guidance as well. Imagine yourself in both situations, which one do you want to be the receiver? I hope you chose the one of guidance and advice.

This is why it is so important to understand the knowledge the other person has, to give you. These things can start or stop you, and just because you trust someone to watch your kids does not mean you go to them for business advice. Knowledge is power and where you get that knowledge is even more powerful.

You have evaluated the source, got an understanding of their knowledge, know it is time to gain knowledge. Another component of the power of fear is our individual lack of knowledge. I was talking with someone the other day about this exact thing. They wanted to start a computer help desk type company. He wants to be renowned for his ability to fix computer problems. We explored different ways to build his presence and the strategies he could be using.

I then asked what do you know about MACs? He said not much at all, we then decided that he should start training on a MAC so he could facilitate his future goal of being world-renowned. As he was starting, he was fearful of starting because of his lack of knowledge. I told him don’t be afraid and what is the one thing you could do to conquer this fear? His response, “Learn about MACs.” Exactly.

He now has been working on a MAC for a little while now, and his confidence is tenfold better than it used to be. He conquered his fear with gaining knowledge. A simple practice you can do over your lunch break or after the kids go to school or they go to sleep. The power of fear will become powerless if you take the appropriate steps.

You are a very bright, skilled, motivated person when you are introduced to a new idea and inspiration. Seek out advice, evaluate the source and gain the knowledge necessary to crush your fear and satisfy your curiosity. You can do anything you want to in life, and you can defeat your fears from every direction. Be willing to make the right choices and follow these steps. Remember that idea you had? Good! Explore it now by running through these steps, satisfy your curiosity and make your ideas reality.